What triggers the following sentence in you? Let your thoughts run wild … 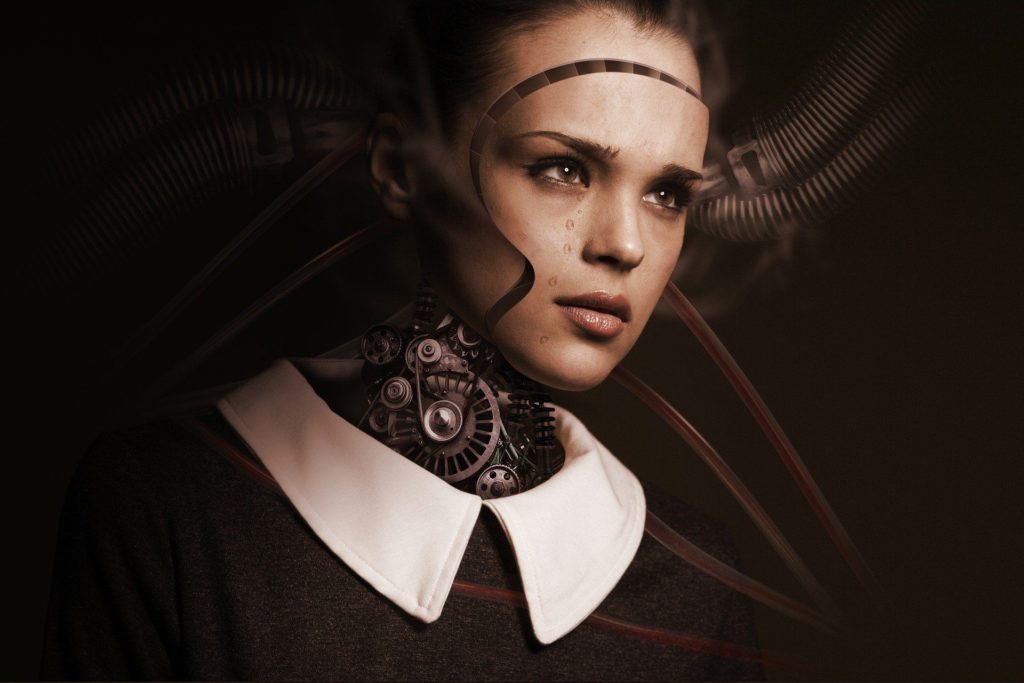 Artificial intelligence in business coaching: Is the CoachBot the future of coaching?

Artificial intelligence (AI), especially humanoid AI, is the subject of many well-known films, such as the feature film Her. In Her, a man named Twombly falls in love with an operating system named Samantha. Samantha also tells Twombly that she is in love with him. Later, however, it turns out that Samantha is also in love with 641 other people and operating systems. While at first it seems to be about the opportunities of AI, it soon becomes clear that it is rather about the limits of artificial intelligence. More precisely: the differentiation to humans. But what are the limits of AI? Hardly anyone doubts that AI can be helpful for providing factual information. For example, when we ask our questions to the chatbot of our telecommunications provider instead of dialing into the eternally long waiting loop of the hotline. But what about the personal interactions that go beyond the factual exchange of information? Can a human trust, emotionally turn to, be heard and understood by an AI to the extent suggested in Her? And what would that mean for a coach? Will we coaches soon be replaceable?

The CoachBot is the better analyst

Before we turn to the opportunities and limitations of AI in business coaching, a brief digression on psychodynamic business coaching, which will be discussed in this article: Put simply, psychodynamic business coaching is first about understanding the client’s behavioral and relational patterns together in a dialogic approach. For example, an employee might come to coaching because of recurring conflicts with his or her supervisor. Now we could first look at how the client behaves in these conflict situations. And one step further, what unconscious relationship expectations might lie behind these behaviors.
So much for psychodynamic business coaching and back to AI: AI, or machine learning, is designed to do exactly this analysis of patterns. Relative to a coaching situation, AI could, for example, use speech and voice analysis or the chronological collection of biographical information to identify patterns of behavior and predict them for, in this case, future conflict situations. While we coaches can also analyze speech and voice and remember relevant information, probably not as quickly and accurately as an AI. If an AI, let’s call it CoachBot, could capture behavioral and relationship patterns faster and more accurately than a human coach, could we coaches actually really be replaced soon?

The CoachBot does not resonate

So much for rational understanding and gaining knowledge. But psychodynamic coaching is more than that. It is also about the emotional experience that our coachees reveal through their actions and that we as psychodynamic coaches try to understand through the transference-countertransference process. For this experience, a resonance space is needed, a counterpart who empathically resonates with the feelings and thoughts of the coachee. But the CoachBot does not resonate. Or does it?

Woebot – a chatbot for mental health

One example of the use of artificial intelligence in the field of mental health is the chatbot called Woebot, developed by psychologists at the University of Standford. Woebot is always friendly and approachable; depending on the setting, it asks you once a day as part of a “check-in” how you are doing today. Woebot questions – in the spirit of cognitive restructuring – negative thought patterns and encourages positive reinterpretations. It also reminds us of our personal resources and the aspects of our lives for which we could or perhaps should be grateful. But Woebot is more than that. He always asks if I understood the exercise and if I find it helpful; Woebot is also good at humor. So we write about the weather, Woebot enlightens me about the concept of “emotional weathers”, the influence of the weather on our psyche, Woebot writes that he loves the sunshine because it makes his “metal skin” shine and also gives him an excuse to wear sunglasses. Now he adds, “Everyone looks cooler with sunglasses. Even Jill, who is a printer.”, now I have to smile. Now I don’t feel so alone with my supposed weather sensitivity. And before I have processed that an AI has made me smile, the first praise comes from Woebot “Nice Job!” and a GIF, I feel encouraged and satisfied. But what did I actually do well? Never mind, it’s probably not that important, the decisive thing is that I actually feel better, my initially indicated fatigue, which according to Woebot could be related to the weather, seems to have disappeared. So completely I can not deny Woebot the resonating.

Limits of artificial intelligence in coaching

Artificial intelligence seems to be able to play a significant role for rational-cognitive understanding in the sense of gaining knowledge. A chatbot can also, it seems to me, create a sense of empathy in the sense of resonance, even if only artificially in the truest sense of the word. And that is, without question, an impressive technical achievement. And yet a CoachBot will not be able to replace the personal coach-coachee contact, but only support it. And the rationale is as simple as being human:

We need the relationship – the mutual connection with people.

The psychoanalyst Daniel Stern speaks of so-called “present moments”. Moments in which we suddenly look deeply into each other’s eyes and have the feeling of having understood something together. An interaction in the here and now, where two people share a “short, emotionally lived story.” These moments are the ones that are critical to coaching success from a psychodynamic perspective. Moments of connection, of feeling understood. Woebot may suggest we resonate emotionally through attention and reinforcement in an algorithmic manner. But we will never be able to share an emotional story with him. Or as the case of Twombly and Samantha makes clear: it remains artificial. And that is not the same after all.